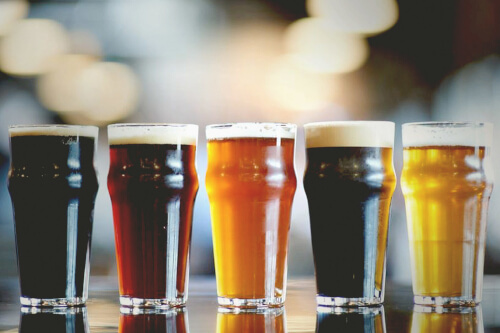 A ‘craft brewery’ in its simplest sense is meant to be a brewery that is small, independent and traditional.  In other words… none of the big boys.  Having said that, there are a number of different breweries that don’t quite fit that definition, but they still make some awesome brews.

Do you remember back say 20–25 years ago when ‘micro-breweries’ were making a splash?   They really caught on.  They were, however, a victim of their own success.  There were very restrictive guidelines for one to follow to be called a ‘micro-brewery’ (especially in the USA), one of which was the number of litres/gallons that they were allowed to produce each year.

Then the term ‘craft brewery came about and there weren’t the same legal restrictions, except for being independent etc. etc.

Leduc Co-Op is celebrating Craft Breweries.  Come in and pick up 6 singles of craft brews and receive a 10% discount.   Enjoy these awesome suds at a special price.

What is a Growler?